To Continue with the Reboot, I will be posting more of these recollections of Anime I watched the past 20+ years.  This and the Memories of Gaming Past posts will be continued… 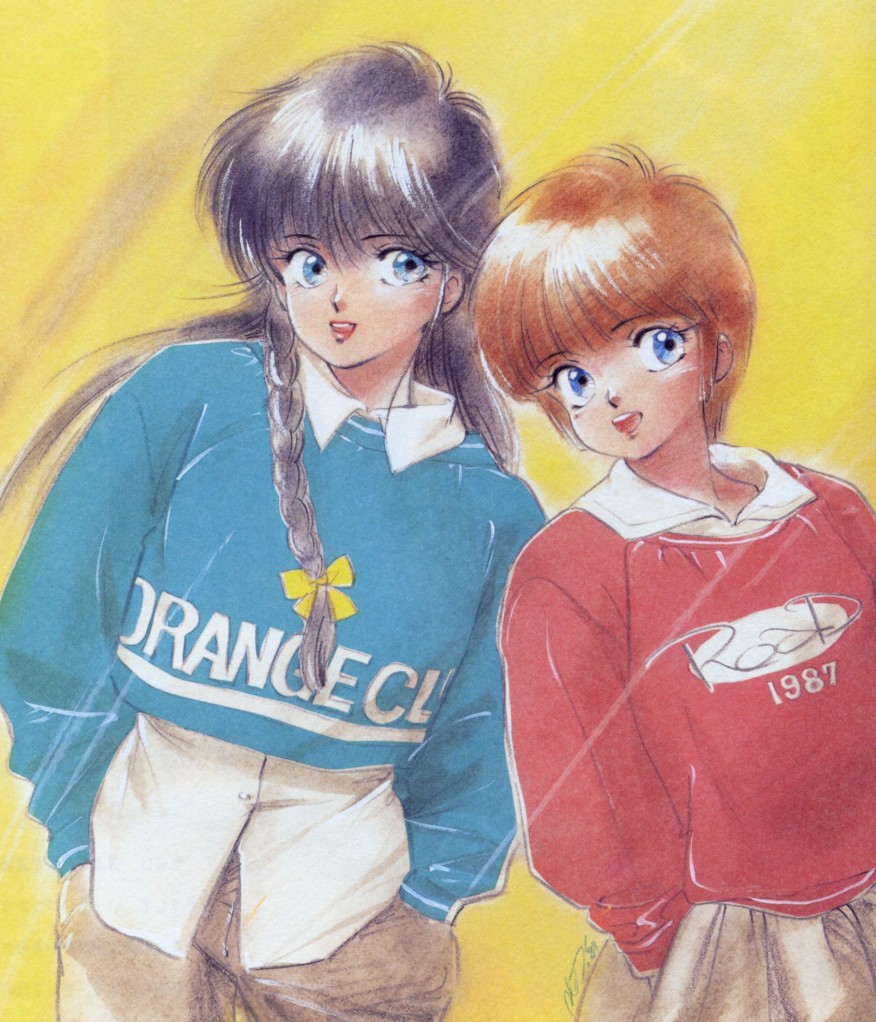 As I left for overseas, it might have looked like my fandom would have died. However, after my shift was over, I did flip through some channels on my tv, picking up some Italian Channels. One of the channels shown anime on primetime (5 to 6 pm). Naturally, I tuned in, especially since the very first thing I saw was the end of the original Dragonball Series. Two weeks later, in it’s place, was another Shonen Jump title by the name of Kimagure Orange Road. This story was basically a love triangle between the main character,and the two females pictured above. It went on for 48 episodes, being stuck in the love triangle, as the main character did not want to hurt either of them. A subplot had the MC having ESP and other weird powers, but the main focus of the story was about these three.

The first movie, “I want to return to that day”, made the main character have to finally choose between the two, and it was very bittersweet. It is one of a few anime on MyAnimeList that I gave a 10 out of 10. To me, it was that good. The ending ballad, by Kanako Wada, is on my playlist.

Unfortunately, this show is Out of Print, so watching this legally can be a pain. Luckilly I got the series dirt cheap(Mostly on VHS, but I got the important parts(Like the Movie) on DVD so I can watch it. Note: I wrote this in 2015.(!) Since then, Discotek was nice enough to licence the series, the OVAs, and the Movie.

Note: Favorite Character in this series: Madoka Ayukawa(The one on the Left).

View all posts by jopchan121